WORK > Indoctrination in the Dark 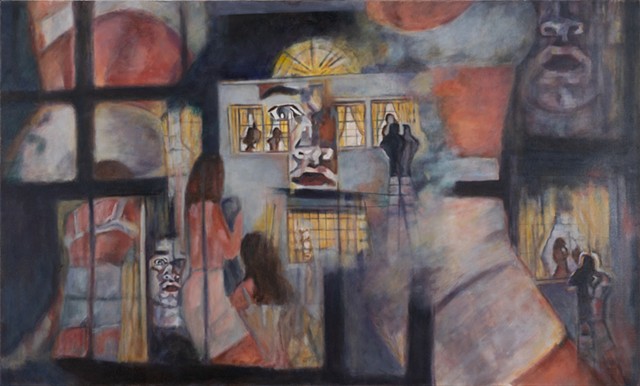 "Animal House", which Brett Kavanaugh cites during his Judicial Confirmation testimony, was the highest grossing comedy of its time. But the women in it, they don’t even get to respond to their treatment. Their abuse is covert and objectifying.

I wanted to make it clear in this painting what it was like from the woman’s point of view and not from the “hah-hah” isn’t this funny guy point of view.

My dates, who took me to see these movies and laughed uproariously, and then wondered why I didn’t think it was funny, they’re now your Congressmen. The average age in the Senate is 63. Supreme Court, 64. The last two Presidents were in their 70’s. These are the people who hold power over your lives and they grew up on this. This was their normal.